Targeting a military vehicle of Al-Assad forces in Daraa 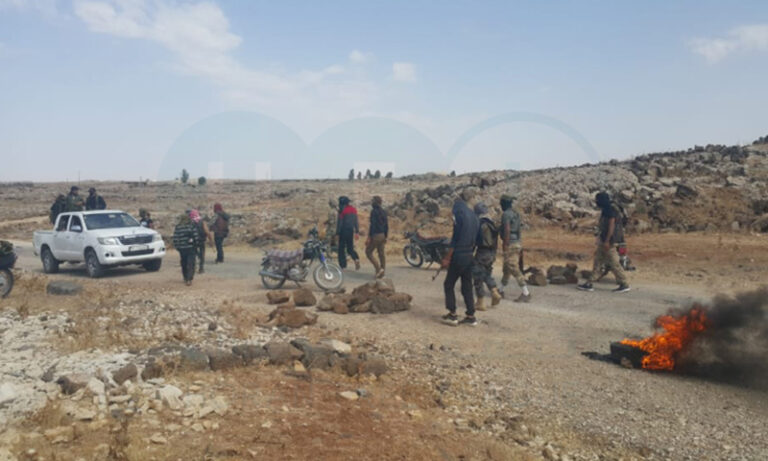 A military vehicle belonging to the regime forces was targeted with an explosive device, Monday, in Daraa Governorate, according to local sources.

"Daraa 24" local website said that a military vehicle belonging to 15th Division of the regime's army was attacked this morning with an explosive device near the grain silos in Gharz area between Daraa Al-Balad and Umm Al-Mayathen town.

According to the source, it was targeted with an explosive device that exploded while the car was passing, while initial reports indicate that no human damage was caused as a result.

And local media said that two young men from al-Sanamayn city in the northern countryside of Daraa governorate were killed after being targeted by gunfire, which led to their killing instantly.

Meanwhile, a young man was killed and another wounded when a landmine exploded in Daraa al-Balad city.

In a related context, a civilian was killed and another wounded as a result of being targeted by direct fire by unknown persons near Tasil town, west of Daraa.

The villages and towns of Daraa governorate are witnessing a noticeable increase in assassinations carried out by unknown persons, while Daraa residents accuse the regime's militia of carrying out these operations.