After declaring the general strike, SDF arrests a number of teachers in Al-Raqqa 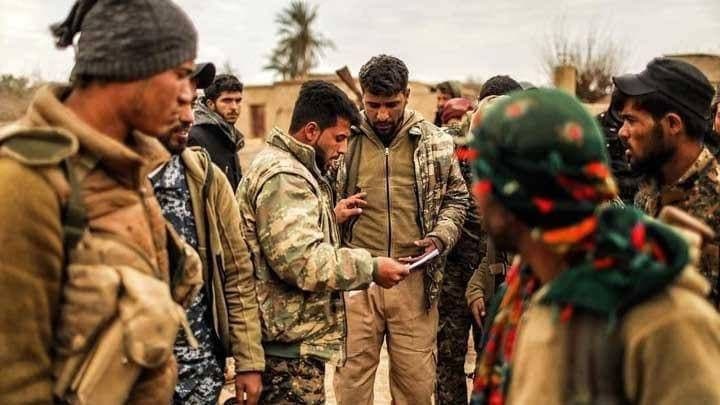 The Syrian Democratic Forces (SDF) arrested a number of teachers in areas in Al-Raqqa city, after they joined the general strike announced in most areas of eastern Syria.

The Education Committee of Al-Raqqa Council announced that it had taken a decision to dismiss 70 teachers on charges of incitement and violating the conditions of work in the schools of the Autonomous Administration.

According to local sources, the real reason for the teachers' strike is the low salaries and deteriorating living conditions.

The sources indicated that SDF arrested 20 teachers during the last days in Mansoura, Rabi'a, Hawi Al-Hawa, Al-Rafeh, Al-Rasheed villages and others in the countryside of Al-Raqqa.

This month, SDF arrested 7 teachers from two private institutes in Tabqa city, on charges of "inciting against its city policies and administration."

The source stated that the militias raided a number of villages in the western countryside of Al-Raqqa and arrested a number of teachers due to low salaries.

It pointed out that the teachers who were arrested by SDF militia were referred to the notorious "Ayed" prison, located south of the city of Tabqa, west of Al-Raqqa, without mentioning any additional details.

It is noteworthy that teachers in the regions of Deir Ezzor, Al-Hasaka, Al-Raqqa and Manbij protested five days ago, declaring a general strike due to low wages.