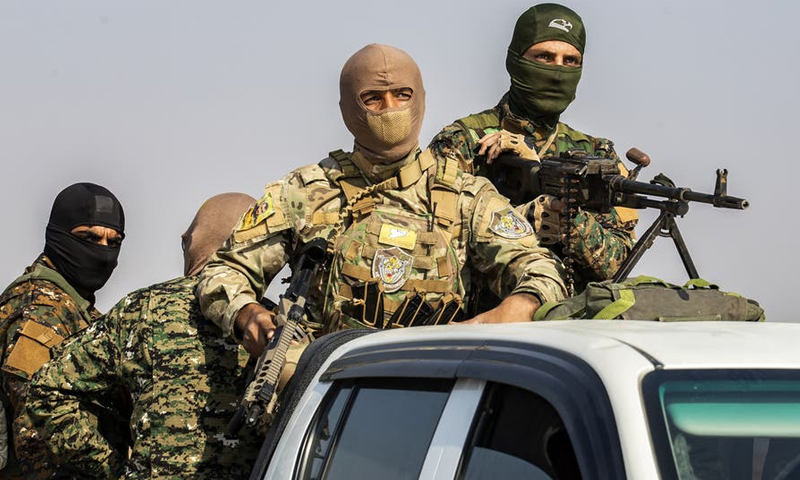 "ISIS" organization, through its telegram platform, announced its adoption of the assassination of three members of the Syrian Democratic Forces, "SDF", in a qualitative operation in Deir Ezzor Governorate, eastern Syria, as it described it.

"Amaq Agency" said that 3 members of "SDF" were killed a few days ago by a qualitative operation of ISIS fighters who infiltrated the headquarters of "SDF" forces in "Al-Baghouz" town and were able to capture two militia members and take them away from the headquarters and kill them with gunshots.

It added that the organization's fighters re-infiltrated the same headquarters and clashed with its members, which led to killing a third member.

It indicated that the perpetrators of the operation withdrew after seizing 3 rifles, an RPG launcher and other equipment.