Because of the events in Ukraine, Al- Assad government stops distributing heating oil 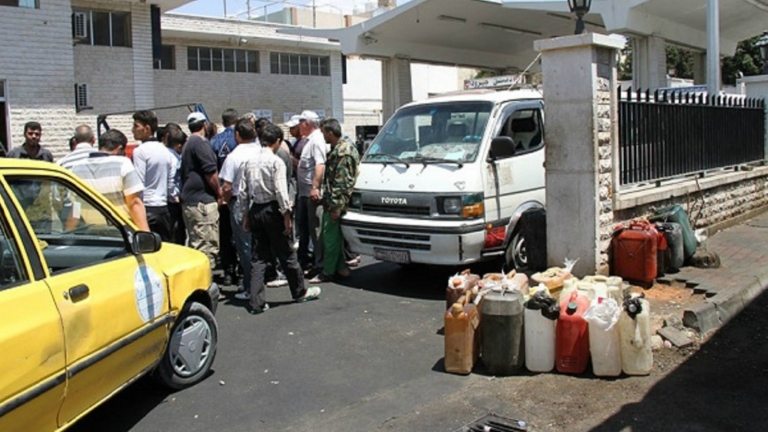 Informed sources confirmed that Al-Assad government, among its precautionary measures in the face of the repercussions of the Russian-Ukrainian crisis, has stopped distributing the second batch of heating oil (50 liters), at the subsidized price, and it has also turned a blind eye to distributing the (50 liters) that it had announced at the free price via Smart Cards!!.

According to observers, the government did not consider the return of the frost wave with the advent of the spring, and the entry of March, and thus the return of the card holders to demand their share of heating oil!

For several days, the regime regions have witnessed a sharp drop in temperatures, and according to meteorology, the peak of the depression was yesterday, Tuesday, when the temperature fell below its average by 10 degrees!

This increased the people's need for heating oil, while the hours of electrical rationing increased to 8 hours in some governorates, compared to an hour of arrival punctuated by many interruptions due to frequency protection!

The people say that more than a month ago they received messages about booking heating houses, but they did not receive their allowances, and that the 50 liters at the free price were only obtained by the few, in light of the silence of the concerned authorities about announcing the size of the distributed quantities, which at best did not exceed 5%.

In light of this reality, the price of a 20-liter gallon of diesel on the black market has reached 90,000 Syrian pounds!

The fingers of accusation about the availability of diesel in this market are directed towards the owners of public transport buses "minibus", who sell their diesel allocations, as it is more feasible than work.

Accordingly, the manifestations of overcrowding remained a scene that united the various Syrian governorates!!