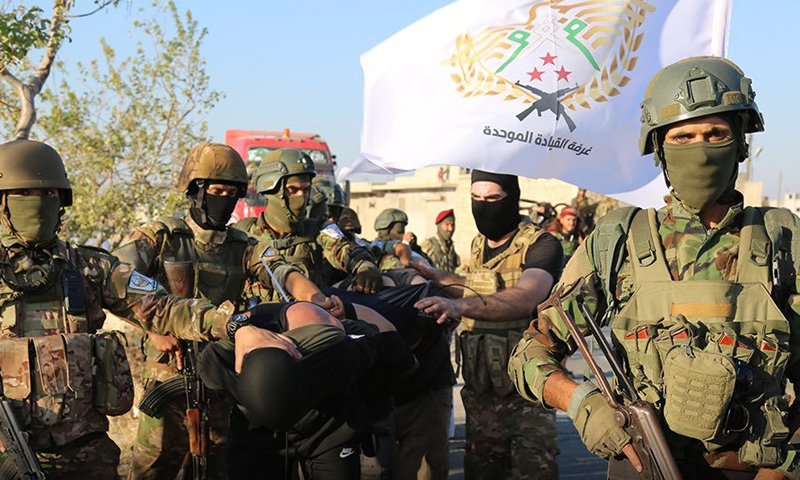 The Unified Command Chamber, Azm, announced that it had launched, in cooperation with the Military Police, a campaign of arrests against drug traffickers in Tal Abyad area, north of Al-Raqqa, on Monday.

The Chamber published pictures of a number of drug traffickers who were arrested, confirming that it had also seized quantities of narcotics.

It is noteworthy that a few days ago, Azm launched a security campaign against drug dealers and their promoters in the city of Azaz in the northern countryside of Aleppo.

The campaign led to arrest a major drug dealers in the area, according to what was announced by the Chamber.