Snow deepens the wounds of the displaced in Idlib 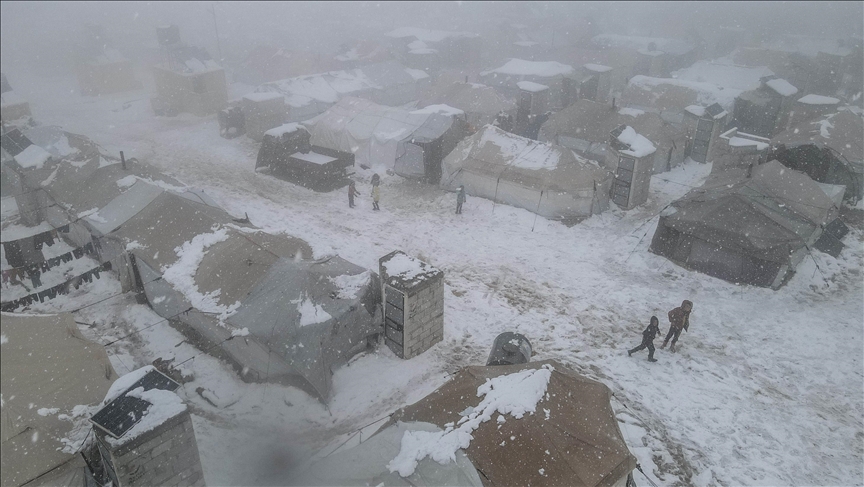 The camps of displaced Syrians in Idlib suffer annually from cold and snow waves as a result of sheltering their residents in primitive camps that don’t protect them from the cold amid poor heating capabilities, and many of them drowned due to the heavy rains.

Speaking to Anadolu Agency, Muhammad Hallaj, director of "Civil Response Coordinators in Northern Syria" team, said that their teams are quantifying the damage caused by the snow wave.

He added that as a result of these field investigations, it was proven that 44 tents for displaced civilians were damaged.

Hallaj called on relief organizations to enhance their assistance to the displacement camps in northern Syria, in light of the harsh winter conditions in the region.

The winter season deepens the suffering of camp residents, as the recent rains in northern Idlib caused the displacement of hundreds of families, most of them women and children, after their tents fell and the water spoiled their belongings.

The displaced families in the camps have nothing but blankets and plastic waste, which they collect from garbage dumps, as a means of heating and protection from the harsh winter cold.