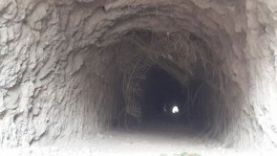 A secret, endless tunnel from ISIS was found east of Deir Ezzor 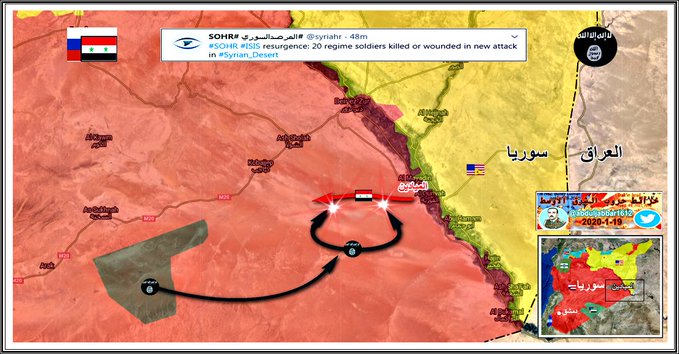 20 members of the regime were killed and wounded, as a result of an ISIS ambush in the Al-Mayadeen Desert in eastern Syria.

ISIS continues to use guerrilla tactics (ambushes and raids) after abandoning its tactic to stick to the ground.

The Middle East Wars Maps account, on Twitter, posted a map showing the location of the attack.

Earlier, pro pages, "Colonel Muhammad Ali Fakhro" and eight members of the militia of the regime who were killed in battles against ISIS, were mourned in Deir Al-Zour.

Pages said that the brigadier general and members of his group were killed during a surprise attack by the remnants of ISIS.

Fakhro had close ties with the Iranian sectarian militias, whose activities were not limited to the military field, but rather his intention to consolidate the bases of Shiism in the region, by establishing shrines and shrines, including converting a spring in the city of al-Qurayyah called "Ain Ali" to a destination for "Hajj" Shia visitors.

Fakhro is from the village of Deir Hassan, near the city of Dana in Idlib countryside.

ISIS announced that a number of regime militia members were killed and wounded, due to an ambush carried out by its members, to cause a group of the regime to close to the Rusafa area in Mansourah countryside, west of Raqqa.

ISIS continues to carry out lightning operations against the regime's militias along the Syrian Badia, despite the announcement of the end of the organization nearly a year ago.