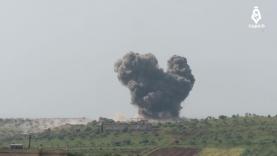 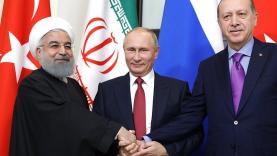 Lobelog: The Sochi Agreement And Its Implications 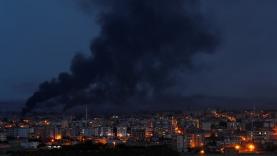 The Atlantic: What Was the Point of the Syria ‘Withdrawal’? 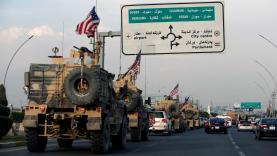 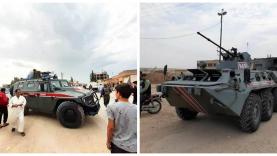 'Trump is thinking outside the box': Graham now 'impressed' with Trump handling of Syria 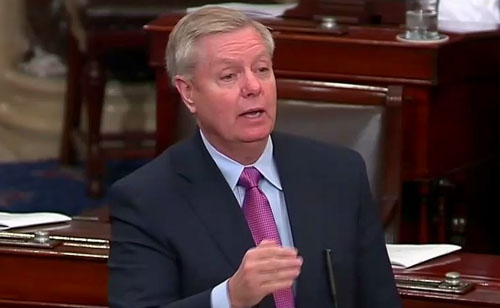 (Bloomberg) - Secretary of State Michael Pompeo led the defenders of President Donald Trump’s handling of Turkey’s incursion into Syria, saying Sunday that a cease-fire is holding and that U.S. goals in the Middle East are being met despite criticism allies are being betrayed.

Republican Senator Lindsey Graham, a recent sharp critic of Trump’s Syria policy, also came around, saying the president was “thinking out of the box.” Earlier this month Graham suggested Trump’s withdrawal from northern Syria made him want to vomit.

Pompeo said he received a report Sunday morning of “relatively little” fighting along the Syrian border after he and Vice President Mike Pence brokered a temporary cease-fire with Turkey’s President Recep Tayyip Erdogan in Ankara last week. He insisted U.S. interests, including preventing ethnic cleansing of the Kurds in the region and a resurgence of Islamic State, or ISIS, are being served.

“I’m very confident that this administration’s efforts to crush ISIS will continue,” Pompeo said on ABC’s “This Week.” The comment came a day after Erdogan referred to “crushing the heads of terrorists” after the ceasefire ends Tuesday night.