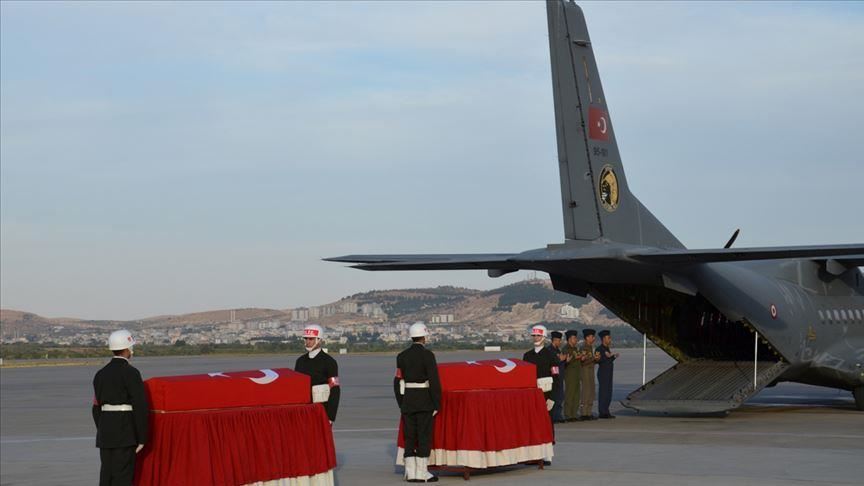 According to the statement by the ministry, a Turkish soldier was martyred during clashes with PKK/YPG terrorists in Operation Peace Spring zone.

The ministry offered its condolences to the soldier's family and the Turkish nation.

Turkey on Wednesday launched Operation Peace Spring east of the Euphrates River in northern Syria to secure its borders by eliminating terrorist elements and to ensure the safe return of Syrian refugees and Syria’s territorial integrity.