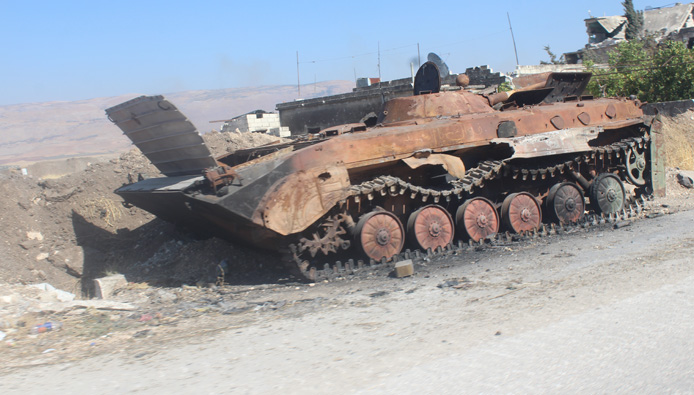 Opposition factions announced destroying a regime tank on the front of Tal Hawash in the western countryside of Hama by an anti-tank missile.

This coincides with the regime's shelling on a health center in Ma'arat al-Nu'man, where civilians, including a doctor and a nurse, were wounded.

Earlier this morning, the regime's militias shelled the villages and towns of Ba'arbo, Al-Ubaida, and Deir Sunbul in Jabal Shahshabo southern of Idlib