Justice Is Not A Syrian Luxury. It’s The World’s Responsibility! 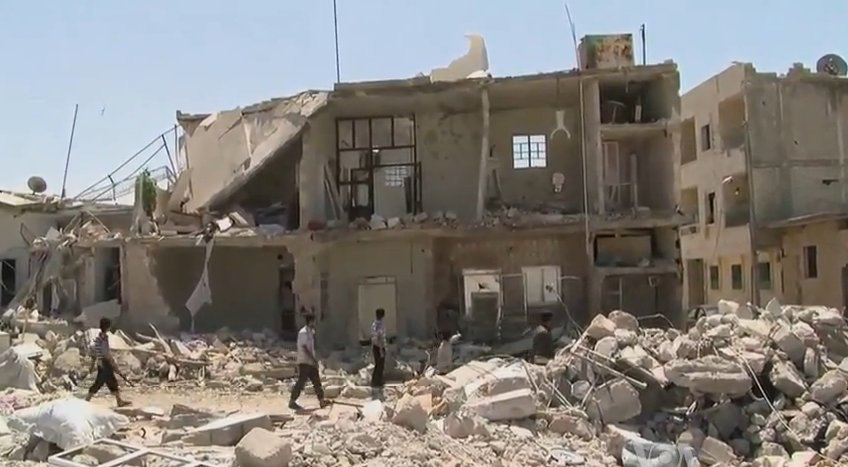 Was it just the anti-regime graffiti painted on walls that served as a catalyst for the Syrian War in 2011? Was it the public protests that began in Daraa, the cradle of the revolution where 15 boys from prominent families began painting graffiti with anti-government slogans that sparked the beginning of the Syrian Uprising of 2011?

Authoritarianism, unemployment, government corruption were some of the main motives behind the Syrian War to make Bashar al-Assad resign, and have democratic reforms, a regime change, expand civil rights and ensure equality for the Kurds.

A war, which has gone on longer than World War II, the Syrian War is one of the most complicated and bloodiest conflicts in the world. Shattering the lives of hundreds and thousands of Syrians, destroying cities, straining global politics, spurring diplomatic efforts; the Syrian crisis has been ongoing since the past eight years and five months. But for what?

Bordering Turkey, Jordon, Iraq, Israel and Lebanon, Syria is a land with both deserts and fertile areas. Known to be a unitary republic (state governed as a single power), Syria has been facing a multi-faceted armed conflict within the country. This war is being fought among several factions: the Syrian Government, the Syrian Democratic Forces, a loose alliance of Syrian-Arab rebel forces and Salafi jihadist groups (inclusive of al-Nusra Front) who co-operate with rebels and the Islamic State of Iraq and the Levant ISIL or ISIS.

Causing millions of Syrians to leave their homeland and move to other countries such as Turkey, Lebanon and Jordon as refugees, these people are facing one of the most disturbing rates of displacement. Over 2 million people have fled to these countries, while more than 4 million are internal refugees remaining in Syria.

Where have all the Syrian refugees gone? Image source: wikimedia.org
Worse than this is the psychological and emotional trauma that individuals have to go through, which cannot be ignored! While physical ‘homes’ are lost, trust in humanity is forgotten, and the cruelty that every man is against every man is realised! The mental trauma that every individual has to go through as they are forced to flee from their home!

The situation in Syria is chaotic and horrific, to say the least. World Health Organisation (WHO) has reported that at least 35% of the country’s hospitals are out of service and displaced refugees are posing a severe risk to countries to which they have fled.

Who do they turn to? Can they even turn to anyone? Is there any hope for them?

Imagine if you were living in an authoritative dictatorship where your freedom did not even matter!

Drought, long-festering religious tensions and foreign meddling have tragically splintered Syria into a country perpetuated by informal fighting, border clashes, limited ceasefires. The perceived weakness of Syrian statehood and disorder of the Syrian political life led to the first Assad regime, which was established in 1970 by Hafez-al-Assad, the father of the current leader!

This is where it all began, and this is how we have reached the situation in today’s Syria!

The al-Assad family has been ruling Syria since 1971 when Hafez al-Assad established an authoritarian government under the control of the Ba’ath party. The Assads, originally from Qandahar, a village in northwest Syria overlooking the town of Latakia, has been in control of Syria ever since the time they have power.

Chemical weapons attacking hundreds of children and other civilians, and for what? Syria’s housing and most of its infrastructure have been destroyed along with the destruction of educational and medical facilities, relentless bloodshed and imprisonment because of pro-democracy uprisings known as Arab Spring. Is this fair? Is this the world that they or anyone else deserve? The public anger, growing chaos and constant uncertainty about tomorrow; can there ever be a full stop to this grave political issue taking place in the Middle East without affecting the entire world?

“All now stand in ruins, ravaged by a war that is not only killing generations of Syrians but also eradicating all around them, including sites that have stood since the dawn of civilization. Across Syria, where a seemingly unstoppable war is about to enter a third year, a heritage built over 5,000 years or more is being steadily buried under rubble.”