The Washington Post: The West has lost confidence in its values. Syria is paying the price. 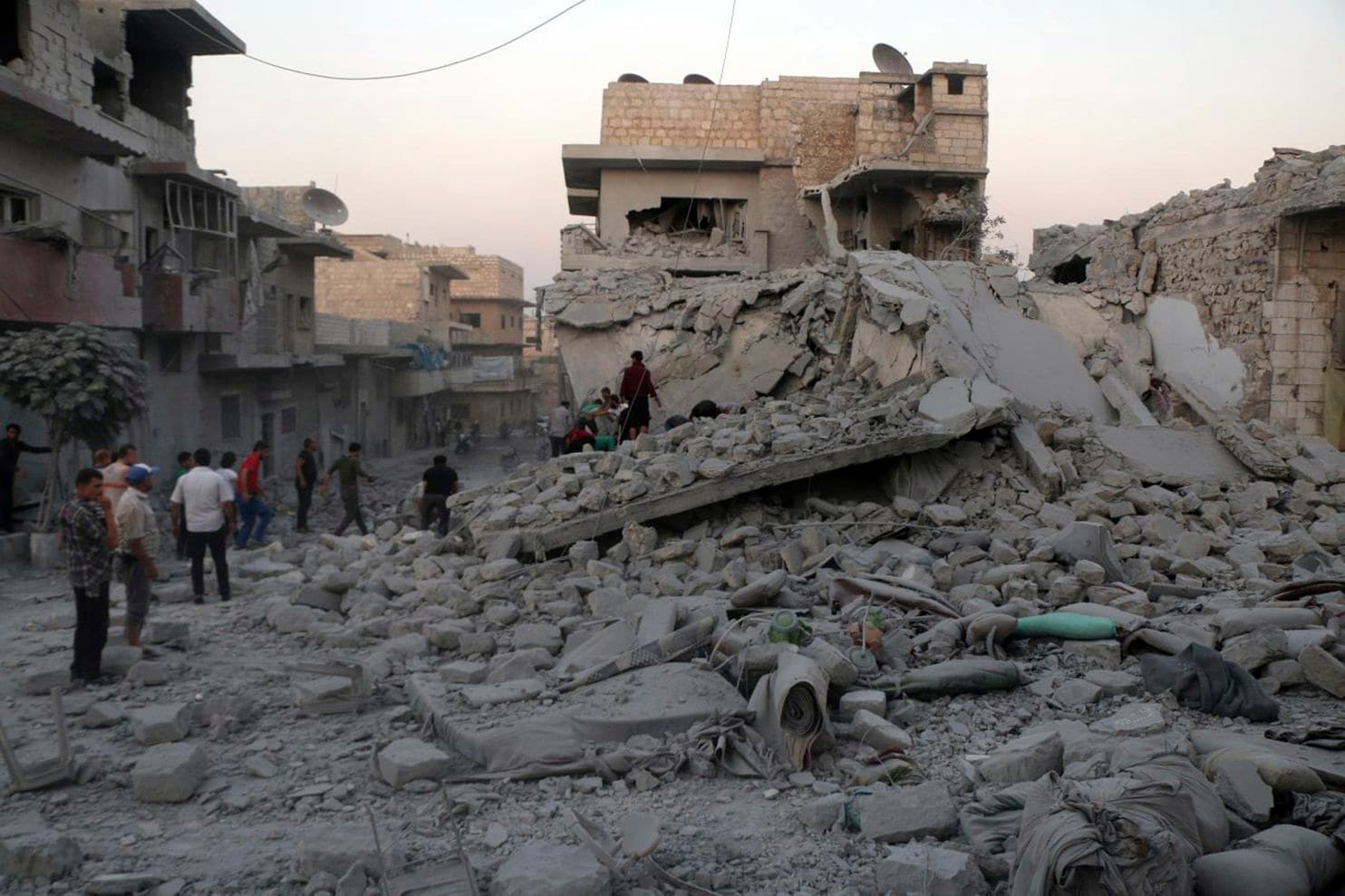 The crisis of Western values has many aspects, many faces. There is a decline in faith in liberal democracy, a loss of confidence in universal human rights, a collapse in support for all kinds of transnational projects. There is a constitutional crisis brewing in London. There is a president who defies democratic norms in Washington. There are challenges to the free press and independent judges in democracies everywhere, from Budapest to Manila.

But this same crisis — this same loss of Western self-confidence, this same collapse of faith in ideals — also has a bloodier, more violent face. That face is the ongoing war in Syria — or rather the slow, grinding, murderous endgame of the war in Syria. Right now, the Syrian government army, aided by its Russian allies, is fighting the last pockets of resistance in Idlib, the only remaining rebel province in northwest Syria. As these forces advance, they shred what remains of humanitarianism and the law of war.

Against the Geneva Conventions, they are hitting civilians. Worse, they are targeting the sick and injured. As a precaution, the United Nations gave the Russian government the location and coordinates of hospitals in Idlib. But instead of protecting them, the Russians might have shared those locations and coordinates with the Syrian government. As a result, many on the ground, including the medical teams of Doctors Without Borders, have now stopped sharing such information with the United Nation This is a war in which the locations of sick people have to be kept secret from the international community.

This is also a war in which no Western country wants to invest diplomatic effort or political time. In another era, at this stage of a civil war — think of Bosnia or East Timor — there would have been a high-profile American envoy, perhaps a secretary of state, or a similarly ambitious European negotiator, or perhaps a U.N. team with the full backing of a U.S. administration, on the ground. But all such efforts have failed in Syria. As Europe turns its back on the Middle East, and as the Trump administration turns its back on the world, no new ones stand much chance of success.

Instead, almost every day, far off the headlines, small groups are surrendering or agreeing to “cease-fires” that mean surrender in practice. But this doesn’t mean that fighting will stop. A friend based nearby in Turkey points out that Bashar al- Assad’s control of the rest of the country remains tenuous, and new flare-ups could occur at any time. More important, even if all of the rebel leaders surrender in Idlib, that doesn’t mean the 11 million Syrian refugees scattered around Europe and the Middle East will be able to return home. Assad might not want them to come home: Syria will be easier for him to rule without those 11 million people, many of whom loathe him for destroying their families and their lives. And if they cannot go home, no warm welcome awaits them anywhere else. Thanks to their sheer numbers, the Syrian refugees have already helped fuel an anti-refugee backlash across the Western world. Even Western-born children, brought to former Islamic State areas by their parents, have been abandoned in refugee camps.

Some brave Syrians are still reporting, filming and photographing the war in an attempt to tell their stories and galvanize public opinion outside their country. Just a couple of months ago, an extraordinary photograph of a 5-year-old girl trying to rescue her baby sister in the rubble of their ruined home made a few headlines. But others wonder why anyone bothers. Paul Conroy, the photographer who accompanied Marie Colvin, the Sunday Times journalist killed in Syria, remembers that he and Colvin had long believed covering the war could make a difference: “We thought the world would go, hang on, this army is going to destroy civilians here. . . . We have a moral responsibility to stop the slaughter.”

But now? “Not a single photograph I could take now that would make a difference.”

So many things have been lost in Syria: our commitment to “genocide prevention,” our consciousness of the “responsibility to protect,” our long-standing commitment to peacemaking and peacekeeping. But out of all of these things, it is this, our loss of empathy, that will over time prove most damaging and dangerous, not just to Syria but also to ourselves.