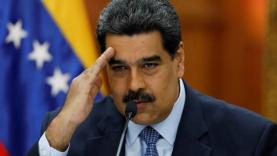 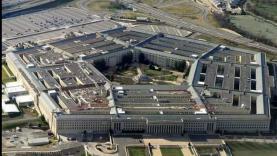 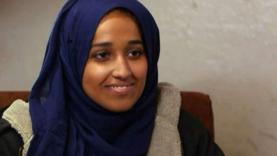 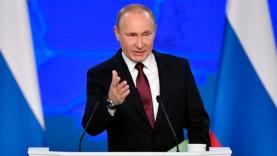 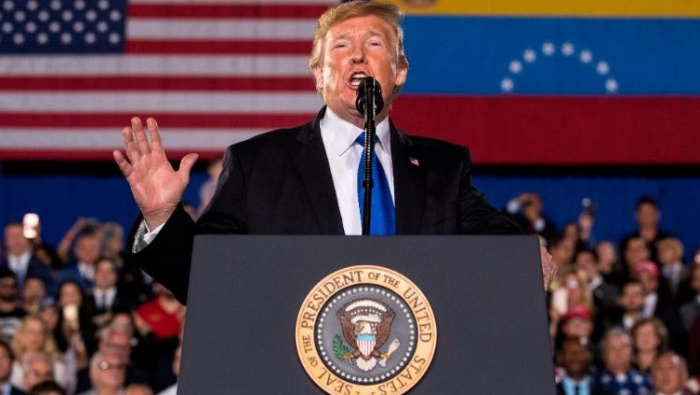 Speaking in Miami as humanitarian aid remained stalled at the Venezuelan border, Trump decried President Nicolas Maduro as a "Cuban puppet" and warned officials who have helped keep him in power that "the eyes of the entire world are upon you." The speech was Trump's latest effort to ramp up the public pressure on the Venezuelan autocrat following a series of US-led sanctions and diplomatic maneuvers aimed at ousting Maduro.

"Two days ago the first US Air Force C-17 landed in Colombia loaded with crucial assistance, including thousands of nutrition kits for little Venezuelan children," Trump said. "Unfortunately dictator Maduro has blocked this life-saving aid from entering the country. He would rather see his people starve than give them aid."

"Maduro is not a Venezuelan patriot, he is a Cuban puppet," Trump added.

Speaking directly to Venezuelan military officials, Trump urged them to allow the humanitarian aid to flow freely into the hunger-stricken country.

Trump pointed the finger not just at Maduro, but at the "small handful at the top of the Maduro regime" whom he accused of plundering the nation.

"We know who they are and we know where they keep the billions of dollars they have stolen," Trump said, warning Venezuelan military officials who continue to back Maduro that they are "risking their future."

"We seek a peaceful transition of power, but all options are open," Trump said.

As he lambasted the Maduro regime, Trump also pointed to Venezuela as an example of the dangers of socialism and made a broader case for the downfall of all socialist regimes in the Western Hemisphere.

"The twilight hour of socialism has arrived in our hemisphere," Trump said. "The days of socialism and communism are numbered, not only in Venezuela, but in Nicaragua and in Cuba as well."

And while he avoided tying Democratic politicians to the socialist government in Venezuela as he has in the past, Trump briefly turned his speech on Venezuela to domestic politics, vowing the US will "never be a socialist country."

"And to those who would try to impose socialism on the United States, we again deliver a very simple message: America will never be a socialist country," Trump said toward the end of his speech.

The US and dozens of other countries last month recognized Guaido, the president of Venezuela's National Assembly, as the country's legitimate interim president as the toll of Venezuela's political, economic and humanitarian crisis mounted. The Venezuelan opposition and its international backers argued that Maduro's second term is illegitimate because of alleged widespread election fraud and said the country's constitution calls for the Venezuelan national assembly president to serve as interim president when there is a presidential vacancy.

The US leveled its most significant financial sanctions against Venezuela late last month, targeting the country's state-owned oil company in a bid to tighten the vise around Maduro's regime. But Maduro has so far offered no indication that he intends to resign.

John Bolton, Trump's national security adviser, indicated to reporters on Friday that many senior Venezuelan military officials have been "negotiating with the opposition."

"I wouldn't be surprised if we see in the next weeks senior military officials declare for Guaido or leave the country," he said.

Ahead of Trump's speech on Monday, Bolton maintained that the US is "happy to talk to Maduro or anybody in his former regime to discuss their exit terms from Venezuela."

While he said the US is keeping all options on the table, Bolton added there would be "no effort to use military force to deliver the humanitarian assistance" that the Venezuelan government has refused to allow into the country.

Trump has also previously seized on the deteriorating situation in Venezuela as a political attack line, warning voters in hyperbolic terms that Democratic policies will turn the US into Venezuela.

"The new Democrats are radical socialists who want to model America's economy after Venezuela," Trump claimed in a USA Today op-ed ahead of the 2018 midterm elections.