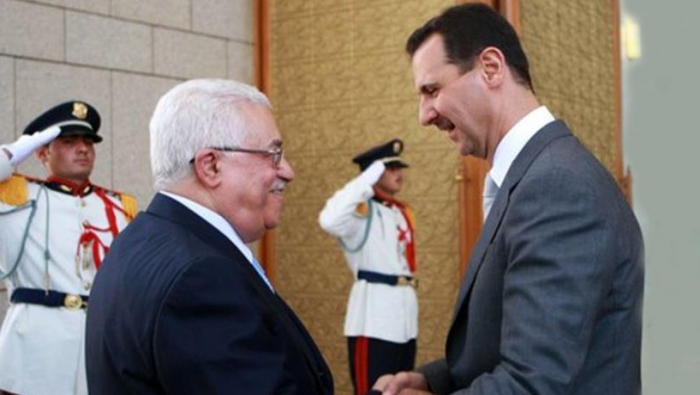 Agencies (Qasioun) - In an interview published Wednesday, Palestinian Authority President Mahmoud Abbas confirmed that the PA continues to maintain its security ties with the US.

Abbas made the comment less than a week after the State Department stopped providing aid to PA security forces at Ramallah’s request.

“We still have a relationship with the [American] security services in order to fight terrorism in the world,” the PA president said in an interview with Sputnik, a Russian state-run news site.

Saeb Erekat, the secretary-general of the Palestine Liberation Organization’s Executive Committee, has said the Palestinians can no longer accept aid from the US because of the Anti-Terrorism Clarification Act, a new American law that could subject the PA to millions of dollars in lawsuits if it takes Washington’s assistance.

Over the past year, the Trump administration halted the majority of its financial aid to the Palestinians. However, it continued to supply the PA with security aid that totaled $61 million—assistance believed to be crucial for Ramallah’s operations against terrorist groups in the West Bank.

The new law came into effect on February 1. The Trump administration and some members of Congress have been exploring ways to amend the law to preserve the aid for the PA security forces.

Israeli and Palestinian officials have indicated that security coordination between the sides will also continue, despite the end of US assistance.

Abbas reiterated that point on Wednesday, telling a gathering of Palestinian and Israeli activists that the West Bank government has a “joint agreement to fight terrorism” with Israel and “will not violate it” — because if it does, “nothing will remain.”

In the interview with Sputnik, the PA leader also indicated that the Palestinians would not participate in a conference co-hosted by the US and Poland in Warsaw next week, which is set to focus on Iran’s regional influence.

When announcing the summit in early January, US Secretary of State Mike Pompeo said it would deal mainly with Iran. But the international response has been cool, and a US official, who spoke on condition of anonymity, recently insisted it will touch on various issues related to the Middle East’s “security and prosperity” in general, rather than targeting Iran alone.

Addressing the Syrian civil war and the prospect of President Bashar Assad’s regime being readmitted into the Arab League, Abbas said such a move would in principle receive Palestinian support.

Syria’s membership in the Arab League was suspended in November 2011 after civil war broke out in the country. But as the war winds down in favor of Assad, with his troops recapturing key population centers, Syria’s relations with the Arab world appear to be warming.

More than 360,000 people have been killed in the war and Assad has been accused of war crimes.

Abbas also stated there was no plan for him to “imminently” visit Syria. In mid-January, Azzam al-Ahmad, a senior PLO official, told a Syrian newspaper that he believed Abbas would visit Syria soon. The PA president has not visited Syria or met Assad since the eruption of the civil war.

Source: AP, AFP and The Times of Israel