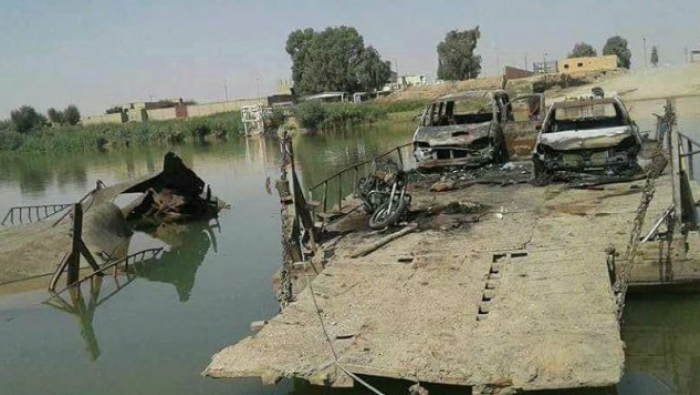 Deir Ezzor (Qasioun) – The warplanes, which is suspected to be followed to the Iraqi army, launched airstrikes on late Tuesday and targeted Sosa town in the eastern countryside of Deir Ezzor.

Activists suggested that airstrikes could be launched by the Iraqi air forces, have targeted a bridge joining Marashda village with Sosa town, which led to demolishing the whole bridge.