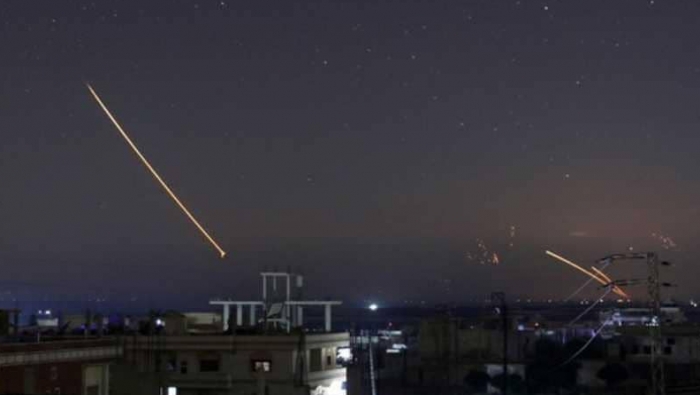 Agencies (Qasioun) – An Official senior in the Israeli occupation army asserted that its air forces launched airstrikes on several targets inside Syria on late Tuesday.

Associated Press quoted from an official who spoke on condition of anonymity that Israeli air forces launched airstrikes and targeted an Iranian arms depot and other logistic targets for Hezbollah, in addition to destroying air defense system near Damascus.

Syrian regime forces announced on Tuesday that it could defeat Israeli warplanes’ missiles launched from the Lebanese lands, and shot down most of it.