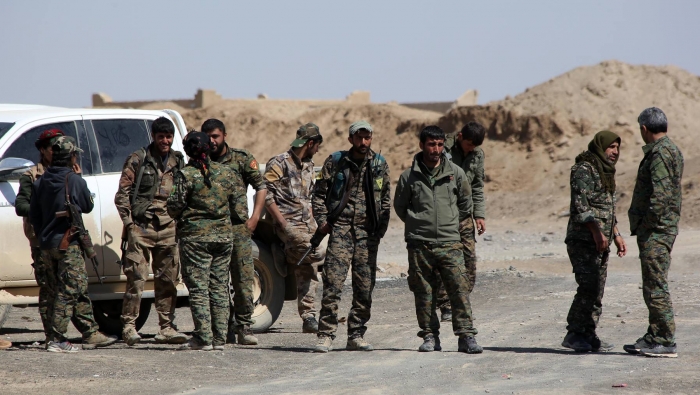 Deir Ezzor (Qasioun) – Several fighters for the Syrian democratic forces SDF militant group were killed and others injured on late Monday after gunmen attacked them in the eastern countryside of Deir Ezzor.

Activists said that one SDF fighter was killed and 7 others injured after gunmen attacked one of the military checkpoints in Jarzy village eastern Deir Ezzor.

Noteworthy that Euphrates Post have said that more than 50 dead bodies arrived to Raqqa city including 22 from Suluk village, the bodies return to those who were killed due to battles in the last 2 days against ISIS in Hajin city eastern Deir Ezzor.