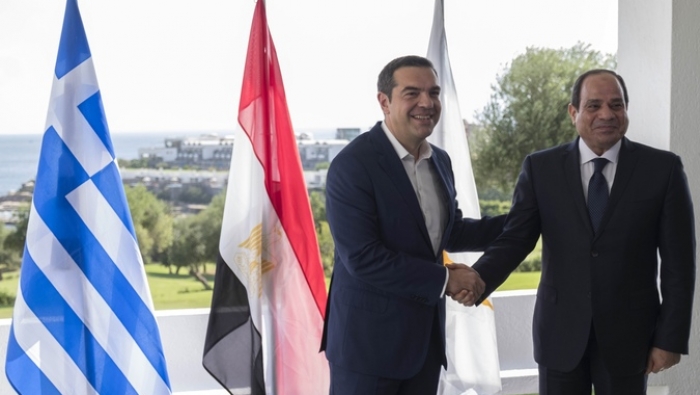 Greek Prime Minister Alexis Tsipras hosted a meeting Wednesday with Egyptian President Abdel-Fattah el-Sissi and Cypriot President Nicos Anastasiades on the island of Crete. The talks were the sixth meeting between the three leaders aimed at forming an energy-based alliance in the east Mediterranean.

U.S. energy giant ExxonMobil will search for natural gas off the coast of Cyprus by the end of the year, a senior executive said last week.

“We have clearly expressed our support for Cyprus in its efforts to capitalize on the sovereign rights deriving from International Law regarding (offshore deposits) and to make progress in their exploitation,” said Tsipras.