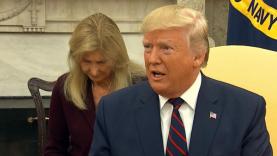 Trump claims US has 'secured the oil' in the Middle East 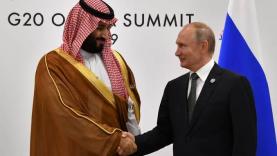 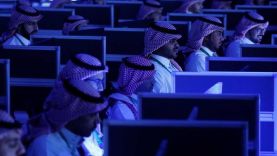 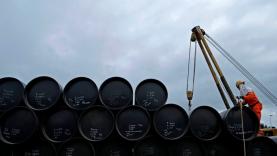 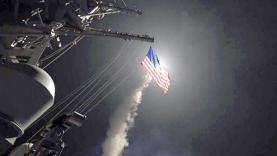 The National: The new US approach to the Middle East raises more questions than answers

It has been clear for some time that under president Donald Trump, the US is approaching security in the Middle East in a very different way to how it did the past. A new regional security order is emerging, with Israel taking a much more interventionist approach and playing a military role partly replacing that previously fulfilled by Washington, particularly with regard to Iran.

Israel’s efforts to counter Iran have paralleled those of a number of Arab states, with all sides adapting to a new situation in which the US has decided to militarily disengage from the Middle East.

During the 1980s, the Reagan administration intervened in the Gulf to ensure freedom of navigation during the Iran-Iraq War, providing naval escorts for Kuwaiti-owned tankers threatened by Iran. Recently, however, the Trump administration has sought, very reluctantly, to establish a coalition to escort ships through the Gulf, in which most of the work is be done by US allies and partners. The principle today, then, is to push the burden onto the shoulders of others.

The Israelis have accepted this enhanced role, if only because they understand that US reliance on them will give them greater latitude to advance the annexation of Palestinian areas. Israel also views this vanguard security role against Iran as offering potential political dividends by countering opposition to its policies both with regard to Palestinians and the wider region.

The scope of Israeli military action seems to be widening. From regular strikes against Iranian or Hezbollah targets in Syria, the Israelis have reportedly escalated strikes to include targets in Iraq, according to Al Sharq Al Awsat newspaper. While this has not been confirmed, Iraqi parliamentarians publicly questioned why their government had failed to condemn or respond to the Israeli air raids.

The Americans’ growing reliance on Israel raises many interesting questions. For one, will this dependency allow the US to oppose Israeli moves on the Palestinian front in any way? That is doubtful and means that the Trump administration aligning itself with one side in the Palestinian-Israeli conflict is bound to lead to greater instability as Palestinians abandon hope for a negotiated solution.

Then there is the question of Israeli policy choices. It has been clear for some time that Israel has adapted to the US drawdown in the region by widening its options and building better ties, for instance, with Russia. In fact, there has been speculation that if the Israelis attacked Iraq, they did so by flying over Syria, which makes one wonder why Russia’s air defences did not come into play.

Perhaps the Russians were unable to respond to the F-35 stealth fighters used in the attack. But nor did they fire at Israeli aircraft on several occasions when they were bombing targets inside Syrian territory. So what game is Russia playing? It’s quite possible that Moscow views the Israeli-Iranian confrontation as a perfect opportunity to make political gains of its own in the region so is prepared to play both off against each other to its own advantage.

If so, that implies that the Trump administration has no real problem with a greater Russian role in the Middle East, and that this is understood as being an inherent part of its strategy to subcontract security to regional powers. But is there really a consensus on this in Washington? Many still regard Russia as a major global adversary, as shown by its alleged interference in the 2016 US elections.

A third question involves Iran’s nuclear capabilities. If Iran resumes its nuclear weapons programme, a central issue is whether regional powers have the capacity to destroy it before its arsenal reaches a dangerous capacity. If the American approach today is about winding down US wars in the Middle East, then any decision by the Trump administration or a successor to resort to military means would represent a major setback to that ambition.

On the other hand, in the past only the US seemed to have the military means to decisively cripple Iranian nuclear facilities. Were Israel to attempt such a thing on its own, it would find itself in a two-front conflict against Iran and Hezbollah in Lebanon. The consequences would be devastating for many countries and there is little likelihood that the Americans would sit and do nothing. In other words, US disengagement from the region might prove only temporary.

The reality is that the new US approach to the region raises more questions than answers. It is motivated by an understandable refusal to become permanently involved in Middle Eastern conflicts. However, refusal to engage is not a strategy. Mr Trump’s predecessor Barack Obama also sought to pull out of the region militarily but very soon found that he was again its prisoner. Mr Trump might soon discover that, like Mr Obama, you don’t always get what you want.