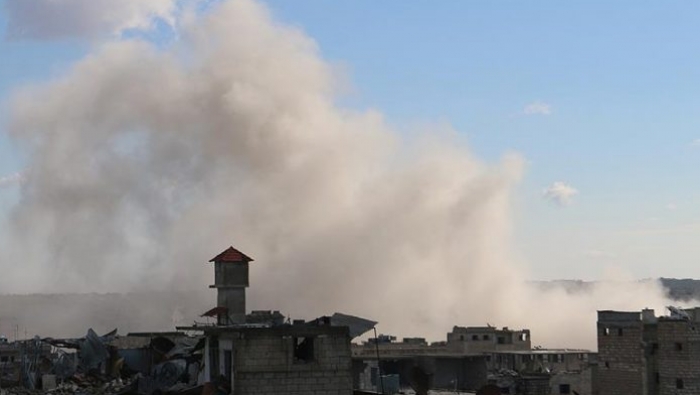 (Qasioun) – 5 Children and one woman were killed and others injured during shelling with missiles by the Syrian regime forces on Friday, where it targeted Maaret Al-Numan city in Idlib countryside.

Syrian regime continues bombarding Idlib province few days ago, as it violates the truce signed by the guarantors of Astana between Turkey and Russia.

Civilians in the areas held by the Syrian opposition forces organized protests to denounce the continuous shelling by the Syrian regime forces, which led to huge number of casualties among civilians.