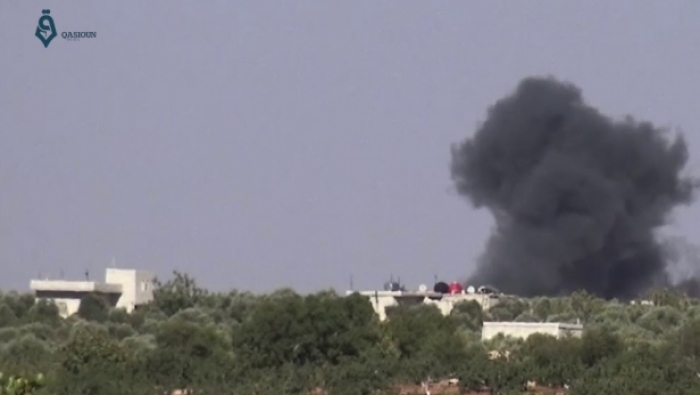 Agencies (Qasioun) – One Woman killed and 2 others injured on Thursday’s dawn as the Syrian regime continue bombarding Zakat village in the northern countryside of Hama.

The Syrian regime forces located in Hayalin village bombarded the residential neighborhoods in the village using the rocket launchers, which led to kill a woman and injured her husband and son critically.

However, several were killed and injured among civilians during the past few days due to the shelling launched by the Syrian regime forces and their backing up foreign militias and targeting the residential spots in Idlib and Hama provinces.