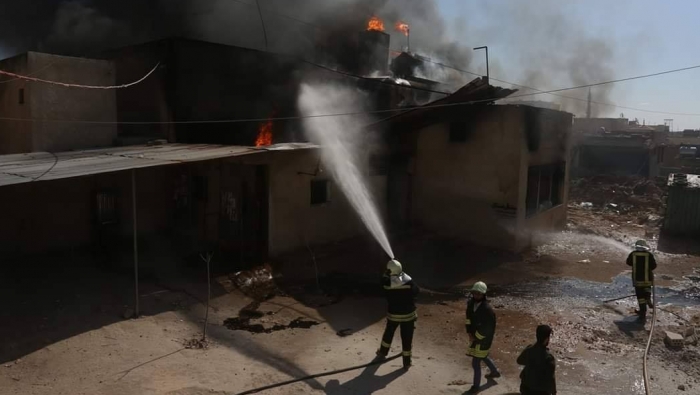 The city witnessed intensive shelling by the Syrian regime forces and caused fire blasts, in addition to fatalities and injuries among civilians.

Noteworthy that Assad regime violated all the truces signed by guarantors, and continued bombing the Syrian opposition held areas, which caused dozens of fatalities and injuries among the civilians, in addition to the damages in the infrastructure of the city.