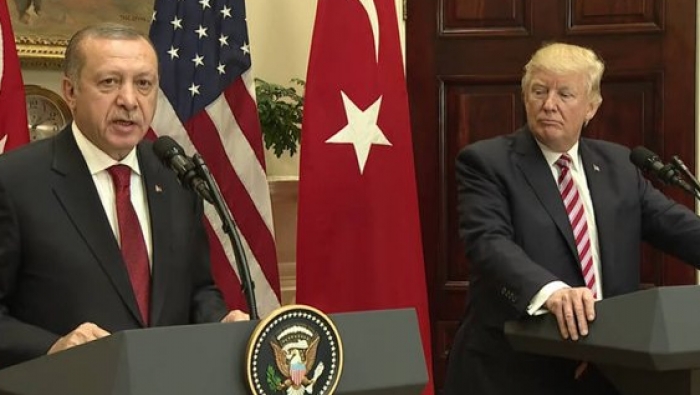 "Turkey is ready to take over responsibility in fight against terrorist groups in [Syria] areas which the US will withdraw from," Erdogan said during his address at the US Chamber of Commerce and American-Turkish Council.

US President Donald Trump made the unexpected decision in December to withdraw all 2,000 US troops from Syria, drawing criticism from many allies and security aides, including his own Cabinet.

"The recent initiative that Trump took in Syria ruined the plans of those who are trying to axe the Turkey-US relations," Erdogan said.

Turkey is "determined" to fight against all terrorist groups, particularly Daesh, threatening the country, the region and the world, he added.

On the bilateral relations, Erdogan said that the two NATO allies have successfully overcome all problems and the resistance tests.

The president also said Turkey and the US have a strong, comprehensive and strategic alliance based on common interests.