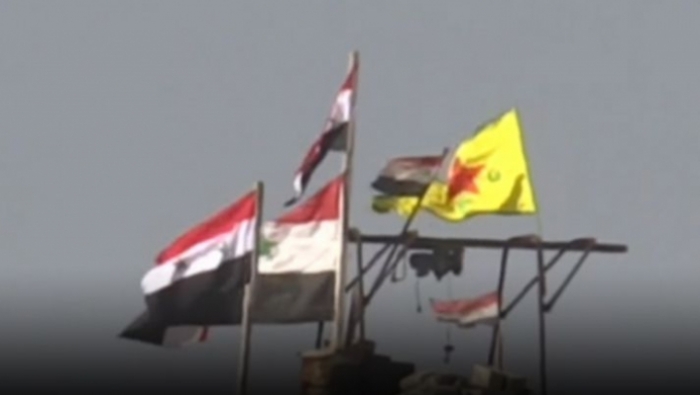 Agencies (Qasioun) – Asharq Al-Awsat newspaper revealed on Friday that The Kurdish People’s Defense Units YPG’s chief, Siban Hammo, have made 2 unannounced visits to Damascus and Moscow for a “Secret Offer” indicates the approval of handing over the Syrian borders with Turkey to the Syrian regime, in opposite to offering the YPG “Self-autonomy” sponsored by Russia.

The newspaper said that the offer was presented as it aims to reach agreements to “Fill the gaps” after the US withdrawal and cut the way in front of the “Turkish intervention northern and northeastern Syria.”

The newspaper added that after Trump’s announcement that he wills to withdraw his forces from Syria rapidly, Siban Hammo flew to Russia’s Hmeimeem airbase in Syria and later held a secret meeting in Damascus with the Chief of Syrian regime’s National security, Ali Mamlouk, and the minister of Defense Ali Ayyub, and a Russian military delegation.

According to the newspaper, Siban Hammo arrived to the Russian capital city of Moscow and met the Russian minister of Defense Sergey Shuwigo and the Chief of General stuff Valery Girasimov, simultaneously while a Turkish delegation headed by the foreign minister Mevlut Cavusoglu were visiting Moscow.