Casualties Reported Among Civilians Due To Shelling On Idlib 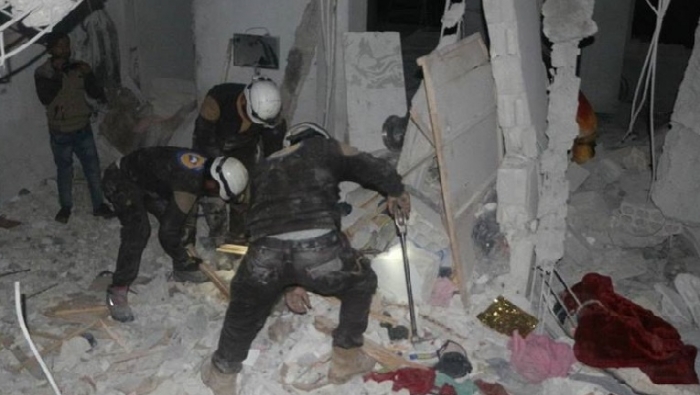 Idlib (Qasioun) – Several civilians were killed and others injured on Tuesday due to the shelling with missiles and artillery by the Syrian regime forces that targeted Has town southern Idlib.

Syrian Civil Defense, or the white helmets, said that the shelling targeted a group of tents near Has town, which led to kill a child and injure 5 others.

Moreover, the Syrian regime forces targeted Kafranbel city and Hubait town with missiles, in addition to the agricultural lands and Kafrsajne village, which led to damages in properties.

Syrian regime forces and their backing up foreign militias continuous targeting several areas in Idlib countryside northern Syria and violating Sochi agreement between Turkey and Russia that aims to cease fire in this area.