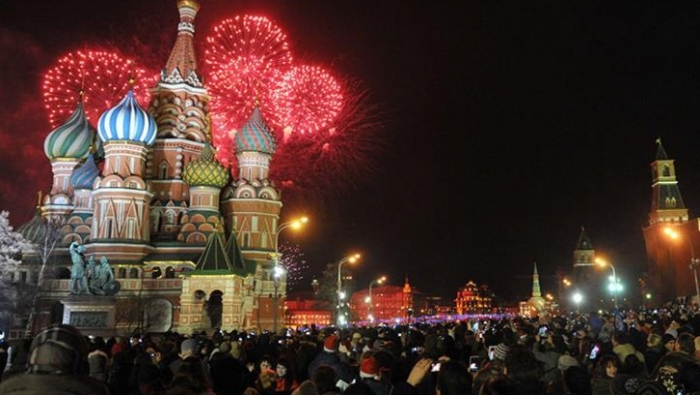 In a televised address just before midnight, Putin said that "we can achieve positive results only through our own efforts and well-coordinated teamwork."

Raising life quality remains the top priority, he said, adding that it's necessary to tap domestic resources to achieve the goal as "there wasn't and there won't be anyone to help."

The statement sounded like an oblique reference to continuing Russia-West tensions and Western sanctions.

The nation's festive mood was marred by the collapse of an apartment building Monday in Magnitogorsk that killed at least four. Putin visited the city to oversee rescue efforts.