Erdogan: Turkey Will Not Leave Syria Until An Election Is Held 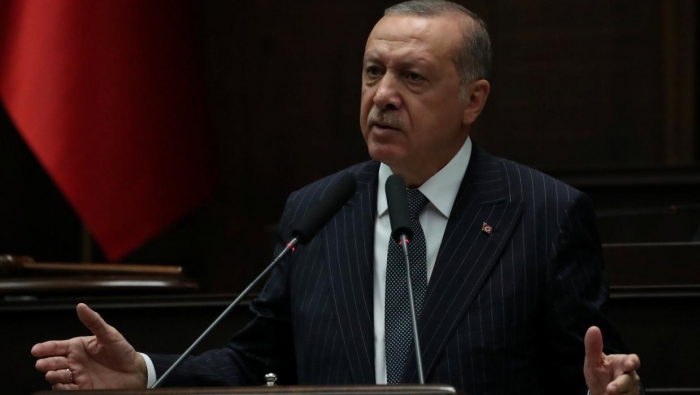 Agencies (Qasioun) – The Turkish President Recep Tayyip Erdogan has said his country will not leave Syria until a general election is held in the war-torn Middle-Eastern nation.

"Whenever the Syrian people hold an election, we will leave Syria to its owners," Erdogan said at the TRT World forum in Istanbul on Thursday.

Erdogan added on Thursday that Ankara did not encounter difficulties in conducting talks with various rebel factions in northern Syria's Idlib province, the last major rebel-held stronghold that is outside Syrian President Bashar al-Assad's control.

On Thursday, Erdogan said that in addition to 12 observation points hosted by Turkey in the Idlib region, Russia has 10 and Iran has six.

"Securing this corridor means securing Idlib," he said. "And we have started fortifying our observation posts."